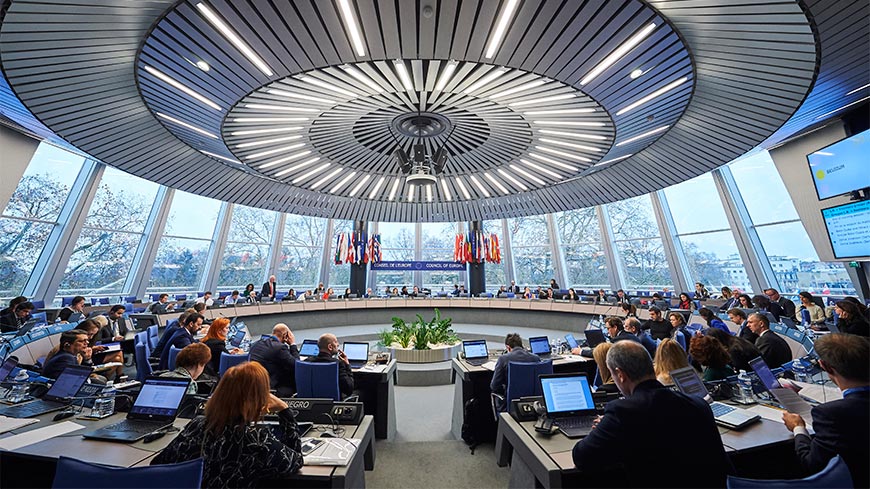 Common position of FIDH and EPLN

Far from combating torture endemic in Russian prisons, in recent years the authorities have neutralised the independent mechanism that monitors places of deprivation of liberty, a mechanism crucial to reporting on torture and fighting impunity. Such is the message that leading[1] Russian NGOs wanted to convey to the Committee of Ministers of the Council of Europe on the eve of the meeting on the supervision of execution of judgements of the European Court of Human Rights (ECHR), that is being held until Wednesday, 25 September. The Committee of Ministers is indeed being called upon to examine the follow-up to the judgement Buntov vs. Russia[2], pertaining to the torture inflicted on prisoners by prison guards and inmates acting under their authority.

The group of associations states that the Public Monitoring Commissions (PMCs) established by a law in 2008 have been purged in almost all of the regions of their experienced members, who have been replaced by straw men who, in many cases, are former security service agents totally committed to the prison administration. Subsequent to the backlash caused in October 2016 by the eviction of human rights defenders during the renewal of the commission members in half of the regions, an additional wave of recruitment was decided upon. That recruitment was carried out in December 2017 by the Public Chamber of the Russian Federation, the body in charge of determining the staff and composition of the PMCs, and it used the same strategy to undermine the PMCs. Two-thirds of the candidates endorsed by the tripartite working group (Public Chamber, Commissioner for Human Rights of the Russian Federation and the Presidential Council for Civil Society and Human Rights), which had been set up to guarantee that experienced candidates would be reinstated, were thus removed.

The Council of Europe’s reaction in the coming days will be crucial in many respects. First of all, the situations where European bodies are able to learn of cases of torture in Russian prisons – and therefore to consider the general context in which they are taking place – are extremely rare due to systematic retaliation when someone lodges a complaint and due to the difficulty of exhausting domestic remedies.  So, such cases rarely make it to Strasbourg (unlike police violence). The Russian government emphasizes to the Committee of Ministers the fact that there are very few arrests in order to claim that, as opposed to the statements made by former inmates, video recordings and autopsy reports that leak regularly into the press, there is no problem of torture in Russian prisons. Therefore, what is at stake today is the European mechanism’s ability to grapple with a reality that is directly affecting the core of fundamental rights.

Next, since 2013 the authorities have been systematically refusing publication of reports on visits by the European Committee for the Prevention of Torture (CPT) when they pertain to prison system. The Committee of Ministers is thus the only body of the Council of Europe that is able to make public pronouncements on the policies implemented with respect to torture and therefore have some leverage with the Russian authorities.

Finally, next October, half of the members of the PMCs will be renewed thus providing a last opportunity to reactivate this essential mechanism. Besides identifying places of torture, which it often did, this mechanism made it possible for inmates’ complaints regarding any type of dysfunctioning in prisons to be referred to the courts and, if need be, to reach the European Court and, therefore, to create jurisprudence on prisons. Likewise, the PMCs act as a sounding board and were keeping the public debate on prisons open.

That is why what is at stake here is the future of a cog in the wheel that is structurally essential to getting Russia to comply with conditions that were set for it to join the Council of Europe: reforming its prison system, improving conditions of detention and bringing perpetrators of human rights violations to justice.[3]

Accordingly, EPLN and FIDH call upon the Committee of Ministers to require, in no uncertain terms, the Russian authorities to take all appropriate measures so that human rights defenders are reinstated into the PMC and, beyond this short term imperative, so that this instrument can be equipped with statutory and budgetary guarantees to ensure that it remain independent and function properly.

14 April 20186 August 2021
We use cookies on our website to give you the most relevant experience by remembering your preferences and repeat visits. By clicking “Accept All”, you consent to the use of ALL the cookies. However, you may visit "Cookie Settings" to provide a controlled consent.
Cookie SettingsAccept All
Manage consent